Ropetackle Commission – Art by the River

A series of Art by the River commissions as part of a new build Ropetackle in Shoreham by Sea.

As one of the commissioned artists I carved a series of carved wooden sculptures sited along the riverside.  The wood was kindly donated by Shoreham Port and was recycled Sea groynes/defences also  wood taken from the harbour sides.  I particularly wanted to source local wood for this commission and to carve wood from the shore was a bonus.

All forms were inspired by the water movement, tidal flow and patterns in the mud flats at low tide on the River Adur.

The  sculptures are very much part of riverside environment now and the sea groynes have continued to weather alongside water in a different part of Shoreham. Some of the sculptures have  lichen growing on them. 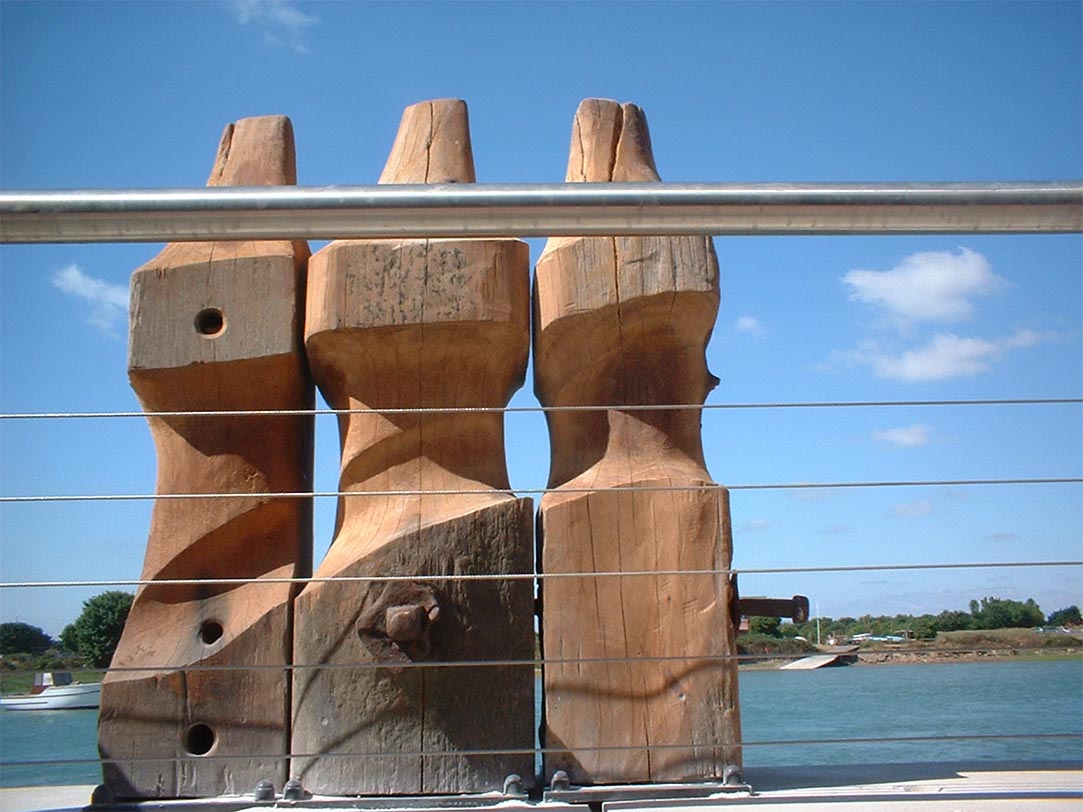 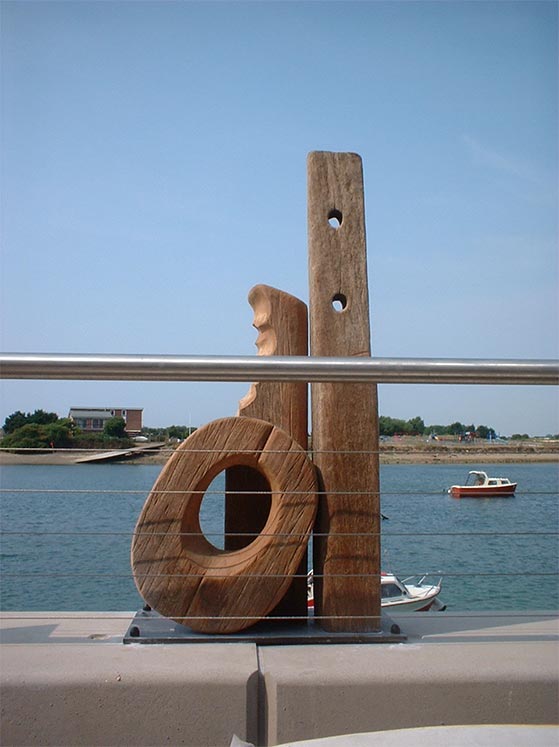 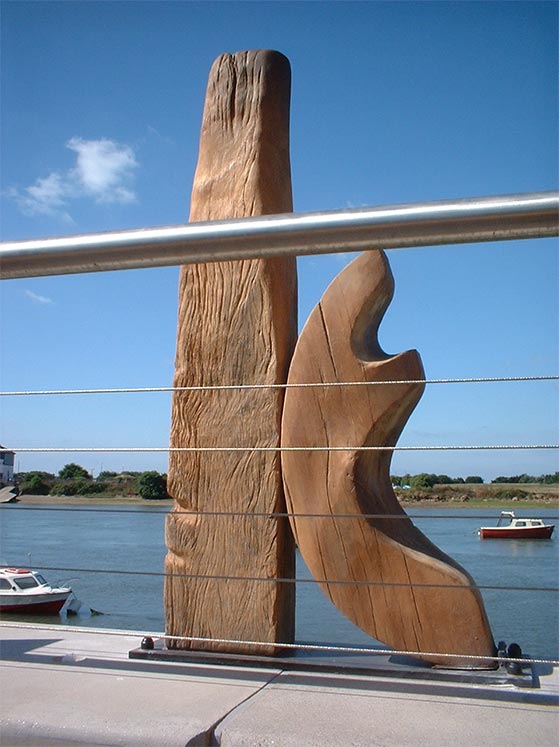 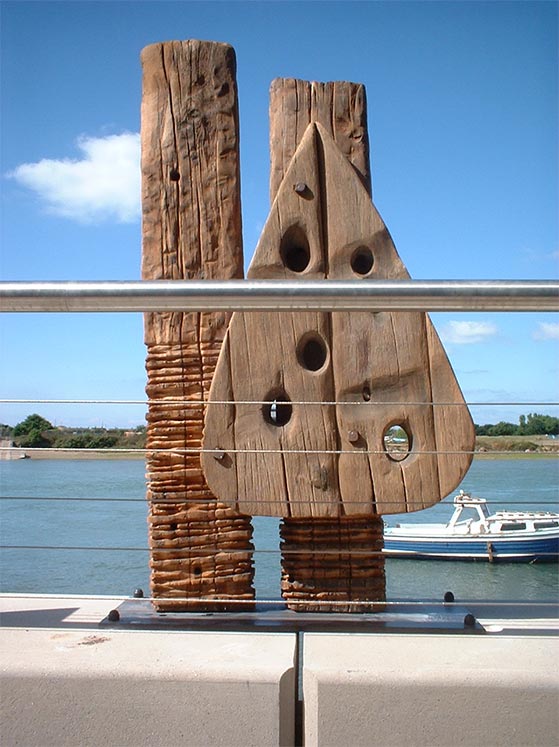 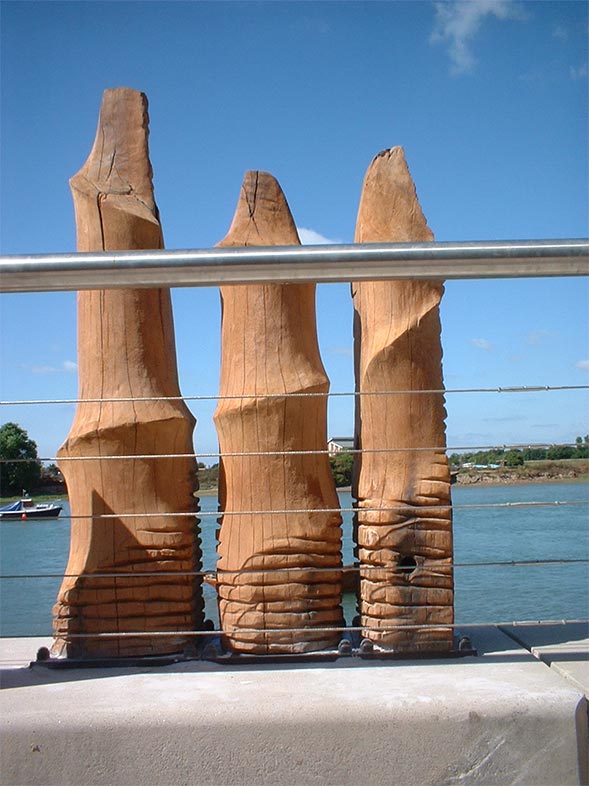 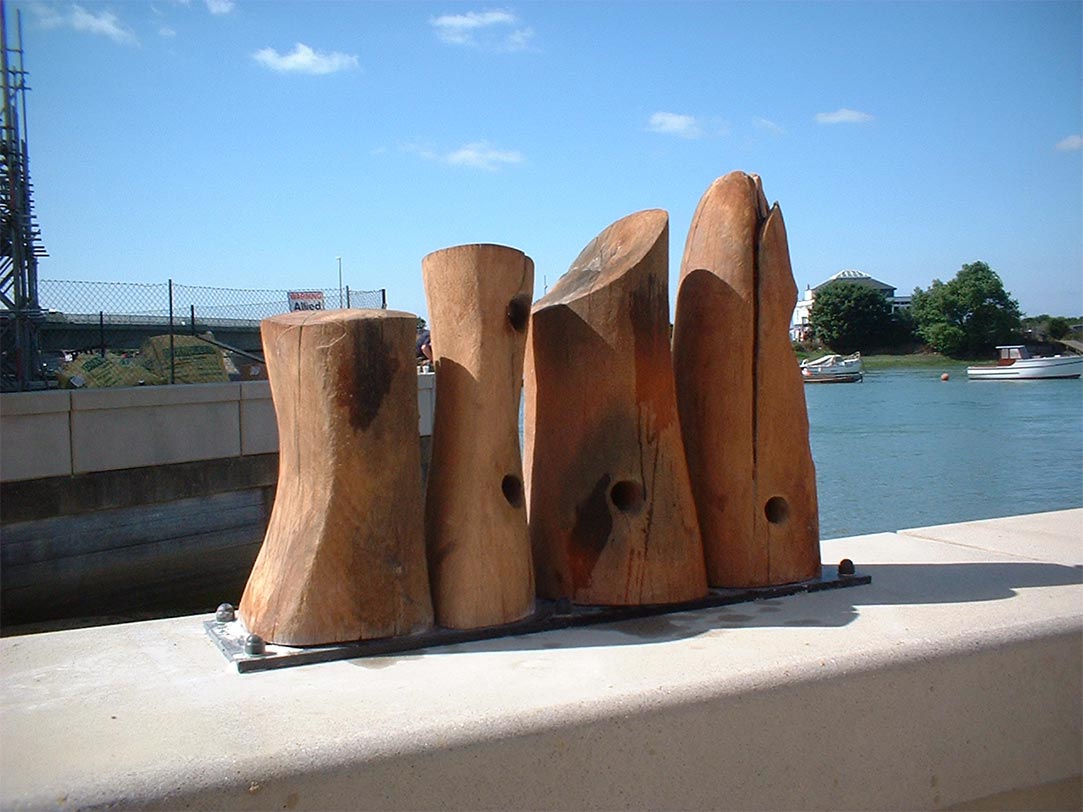 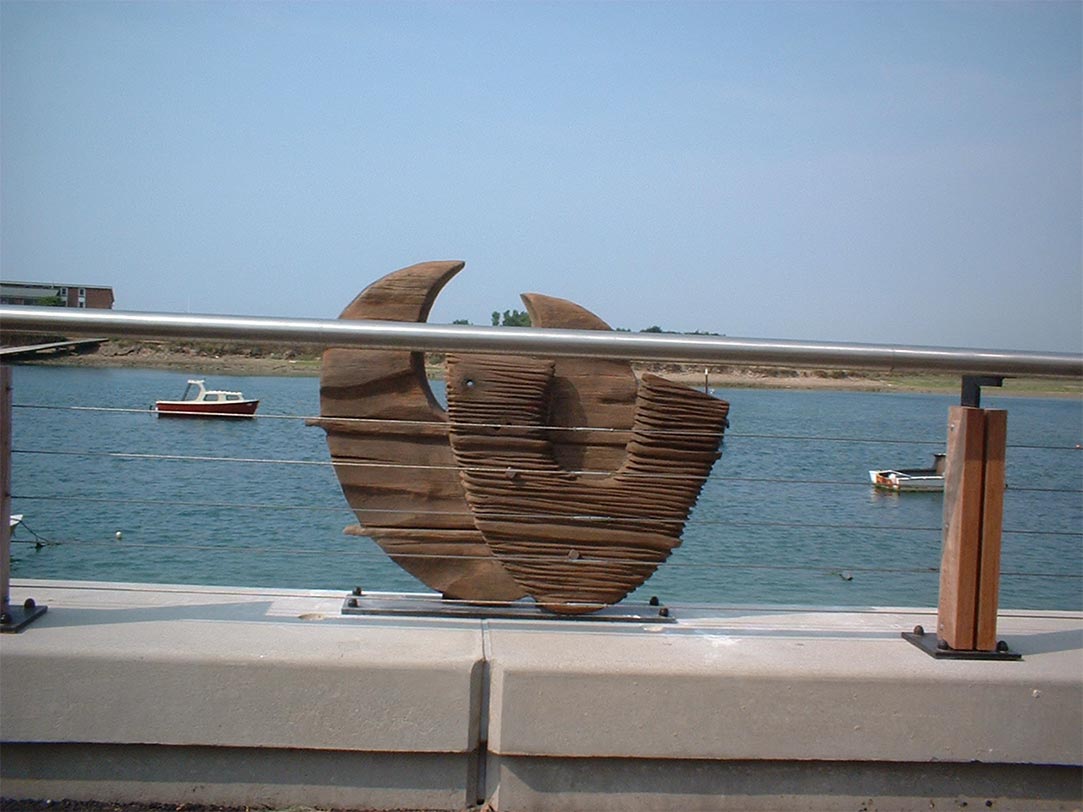